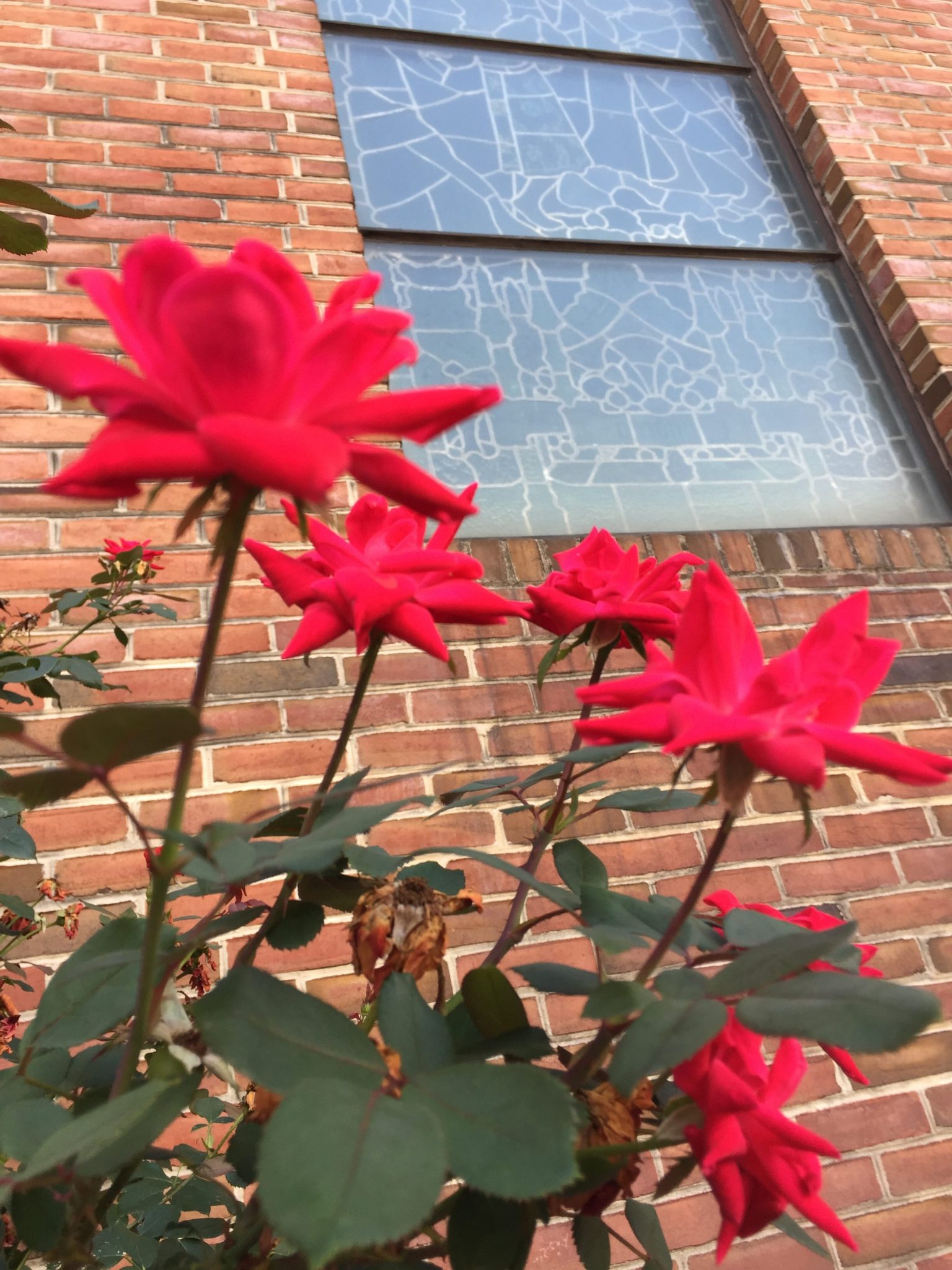 The heritage of our parish dates back to early colonial times. Sixty years before the signing of the Declaration of Independence, and about forty years before the present city of Lebanon was laid out by George Steitz, Irish and German Catholics came into eastern Pennsylvania. Between the years 1710 and 1719 the first Catholic mission in Lebanon County, one of the oldest in Pennsylvania, was formed. This early faith community became Saint Mary’s Parish.

Between 1735 to 1752, the first mission chapel was erected on a plot of land in North Lebanon Township, about one-half mile south of the present Kimmerling’s Church, that had been donated for building a church and establishing a cemetery. This little log cabin church became a Jesuit mission station. After several years, the little chapel became unfit for religious purposes. The small band of Catholics were invited to gather for worship at the house of Jacob Arnold who lived in the neighborhood.

The town of Lebanon, laid out in 1750 by George Steitz, was in 1810 already a thriving community. It was selected as the most favorable location to build a new church. Father Beschter, S.J. undertook the arduous task of building the first St. Mary’s Church. The cornerstone was laid in 1810 at the present location on Eighth Street, just north of Cumberland Street. In the spring of 1812, the little church was consecrated.

The little congregation steadily increased as the town advanced in size and enterprise. The Union Canal was to pass through the town, turnpikes were to be made and kept in repair, and many other improvements were required. For these reasons, Irish immigrants came to the area. To serve the growing congregation, the 1810 church was expanded in 1846 by adding an extension to the rear of the church. The graves located behind the church were moved to a new Catholic cemetery located at South Second and Chestnut Streets.

With the arrival of Father Aloysius Kuhlman in 1869, a new era dawned in Saint Mary’s history. His first task was to build a larger church since the city was growing rapidly. Fund raising began in 1875, and work began on the new church and the cornerstone was laid in 1876. The beautiful gothic church was completed in 1880, and dedicated to Mary, the Mother of Jesus under the title of the Assumption of Blessed Virgin Mary.

Soon after completing the church, Father Kuhlman died, and Father Adam Christ became the new pastor. He guided the parish until his death in 1930. During those forty-nine years, he made many improvements to the new church, including: stained glass windows; new church art; a new gothic pulpit; and new lighting. In 1914, he purchased land near North 20th Street and established Holy Cross cemetery. Perhaps Monsignor Christ will be most remembered for building a beautiful new Catholic school and convent on Willow Street in 1929. That same year, Lebanon Catholic High School opened its doors to freshmen.

In order to serve the growing Catholic population in northern Lebanon County, Monsignor purchased land on U.S. Highway 22 near Jonestown and started Our Lady of Fatima Catholic Mission Church in 1953. Meanwhile, the population of Saint Mary’s nearly doubled in the 1950’s to a total of 6,000 souls. The elementary and high schools were unable to handle the growth. Work soon began for a new high school on land purchased by Monsignor Weaver and named Assumption Hill. Upon Monsignor Weaver’s death in 1962, Father Cletus Wagman became the new pastor. A few years later, Monsignor George Rost became the pastor and served for the next ten years.

In 1971, almost one hundred years after the second church was built, the Bishop of Harrisburg made the decision to close the church due to major structural problems. After much deliberation, the second church was demolished and a new church was built on the same site. From 1971 through the dedication of the third church in 1974, Saint Mary’s parishioners worshipped in the elementary school auditorium. The current marble altar contains the holy relics of the first three American saints: Saint Elizabeth Ann Seton, Saint Francis Xavier Cabrini, and Saint John Neumann.

During the last 25 years of the 20th century, the parish was shepherded by Father Francis Bach and Father David McAndrew. Over those years, Saint Mary’s School and the other parochial schools in the City of Lebanon merged to become Our Lady of the Valley School. In 2001, that school merged with Lebanon Catholic Junior-Senior High School to become Lebanon Catholic School.
In 1997, Father McAndrew purchased and renovated the vacant buildings at the corner of Eighth and Cumberland Streets that formerly was home to People’s National Bank. Saint Mary’s Parish Center opened in 1998 and includes Saint Mary’s Chapel, education & social facilities, and the parish offices.

Our parish celebrated its Bicentennial from 2010 to 2012 with many events and liturgies. Among those honored were native sons, William Cardinal Keeler, former Cardinal Archbishop of the Diocese of Baltimore, Bishop Kevin Rhoades, the current Bishop of the Diocese of Fort Wayne-South Bend, and Deacon Daniel Richards, who is ordained a Priest on June 1, 2013. 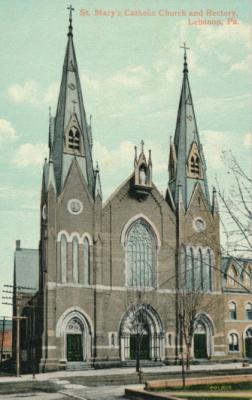 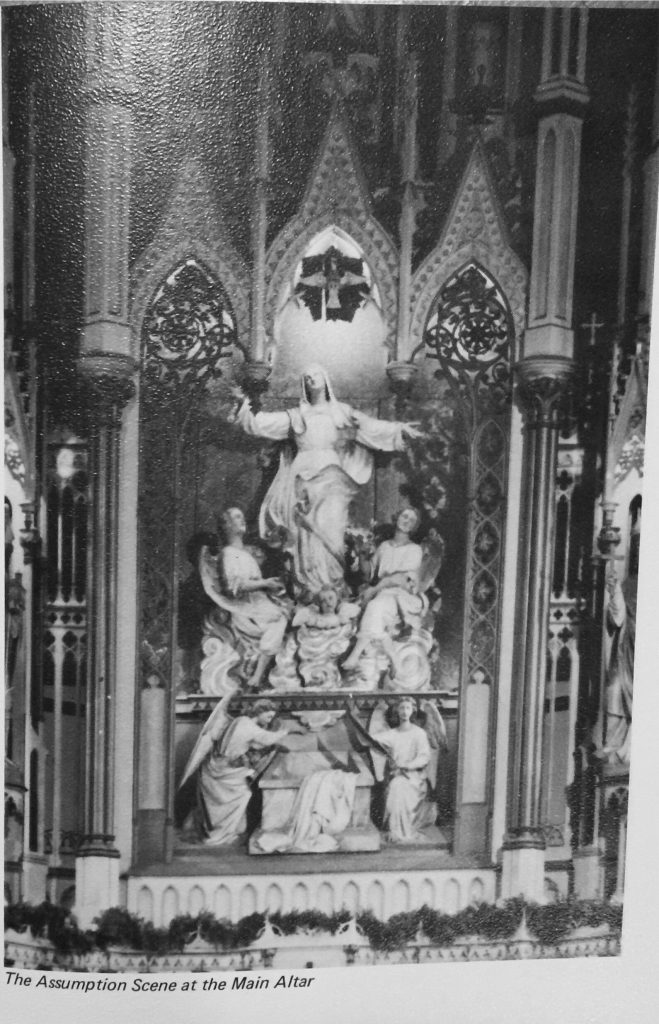